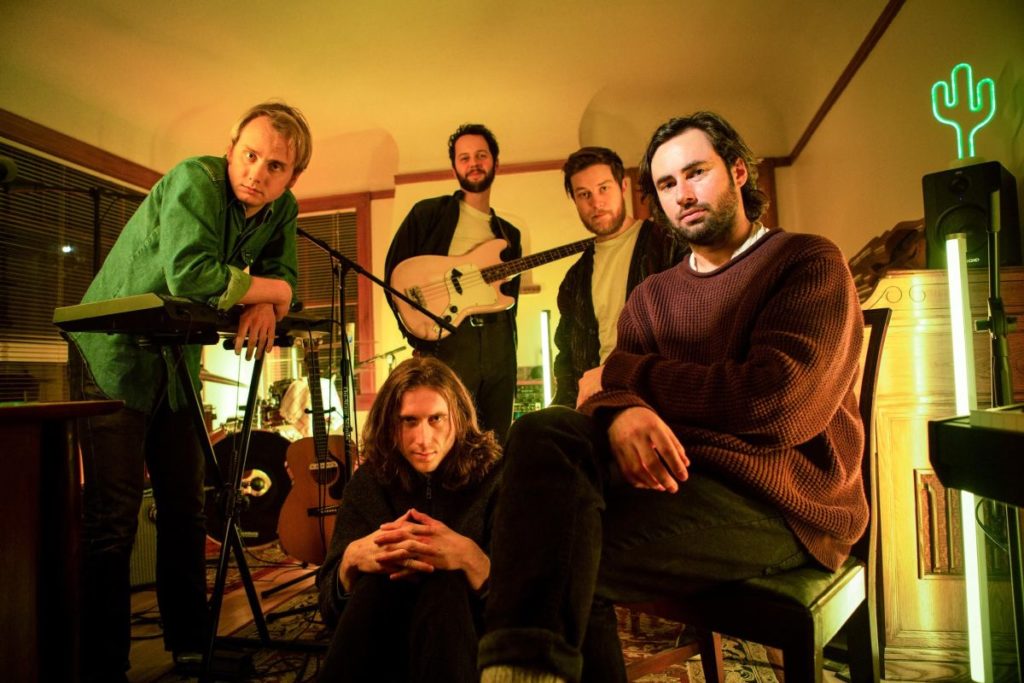 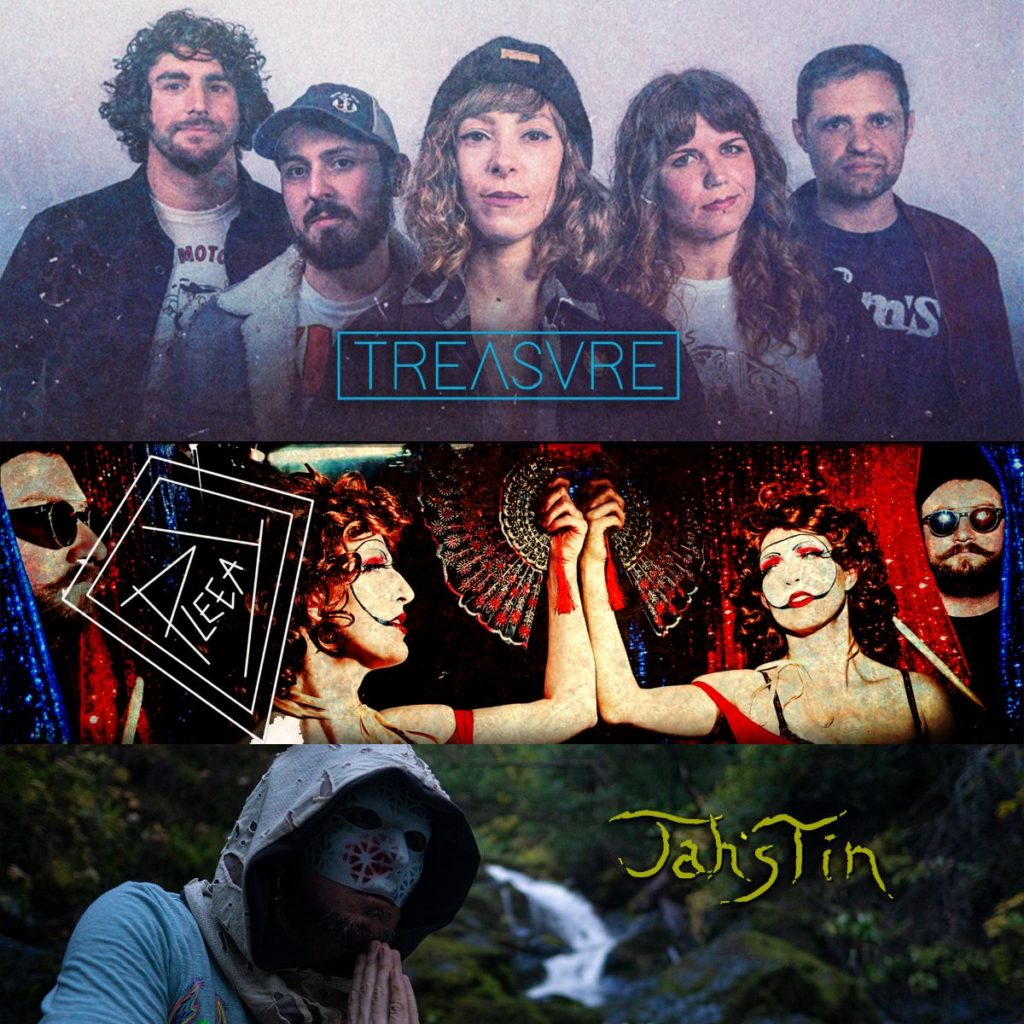 Starline Social Club Presents:mehroThe UndercurrentTues April 26 2022 – Doors at 7pm$13 adv // $15 dosAll Ages—— It is to no one’s surprise that listeners around the globe have fallen for mehro. Cut from the same cloth of earnest songwriters like Elliot Smith, Jeff Buckley and Rufus Wainwright, mehro brings a maturity to music that is missing from the current pop-centric scene. From his deft, poignant lyrics to his sweet, indie sound, mehro’s evocative imagery draws you in as you join him on his journey. Through his masterful compositions, mehro captures the essence of a soul much older and wiser than he seems.  SKY ON FIRE, mehro’s highly-praised project about the bleakness of 2020, catapulted the artist to new heights with over 34M streams on all platforms, 350K TikTok views in a single night, and half a million views overall on the platform.  The LA native only released his first song in 2020, but his undeniable talent has been recognized by NPR’s All Songs Considered, American Songwriter, FLOOD and The Line of Best Fit—who shared a virtuoso debut live video. Tastemakers like Flaunt, Ones To Watch, C-Heads, and Variance Magazine have also heralded him as one “of the most exciting new artists to arrive.”. Having quickly earned a following of 210K followers on Instagram, the mehro wave shows no sign of breaking as the worldwide love continues to pour in. Starline Social Club PresentsCALEB NICHOLSGOONEVAN KURTMANSaturday April 23 2022 – Doors at 7pmLive in the Crystal Cavern$15adv // $18dos18+——————– Caleb Nichols is a queer writer and musician from San Luis Obispo, CA. Since 2005, Caleb’s played guitar, bass, and sang in bands as disparate as DIY folk-punks the Bloody Heads, mid-2000’s Pitchfork buzz band Port O’Brien, and Rogue Wave side project Release the Sunbird, not to mention his own projects, Grand Lake, CHURCHES and Soft People. He’s published poetry in places like the Longleaf Review, Redivider, Queerlings, and Dear Poetry Journal, and his debut chapbook of poems was called “a gorgeous abundance” by celebrated poet Chen Chen.  In 2021 Caleb was signed to legendary indie label Kill Rock Stars. His new EP “Clarion” is out now, and he’s been playing shows with an epic cast of rotating band members that includes Adam and Alex Nash (Goodnight Texas), Kevin Middlekauf (Proxima Parada), Pat Spurgeon (Rogue Wave, the Dandy Warhols) and Joshua Barnhart (Port O’Brien, Strange Pilgrim). The shows are joyful, contagious, and electric, and mark a stunning return to music from a poet and musician who’s just never given up. Kill Rock Stars will release Caleb’s full-length debut solo album on all formats in 2022. Slang Church Presents:GULLY BOYSNIICESLUMPEDLive in the Crystal CavernTuesday March 29 2022 – Doors @ 7pm$16 adv // $19 dosAll Ages——————–The Gully Boys origin story plays out like the perfect domino effect. While sorting vintage clothes in a Minneapolis-area Ragstock in 2016, Kathy Callahan (she/her) shared her dream of becoming a vocalist with Nadirah McGill (they/them). After encouraging a friend from middle school, Natalie Klemond (she/her), to join the trio on bass, Nadi picked up a pair of drumsticks and counted off a cover of Best Coast’s “Girlfriend.” From there, they had to master their instruments on the fly, growing as creatives while blossoming with their first material. After their debut EP landed online a year later, Gully Boys released their debut LP Not So Brave in 2018, earning Best New Band honors from their hometown City Pages and sharing the stage with everyone from The Hold Steady to Third Eye Blind. The band’s Phony EP arrived in late 2019 on the edge of a screeching halt.Inspired by this break in the action, Favorite Son is a display of resilience and brilliance that brings the extremes of unprecedented times into full view. Gully Boys’ first for Get Better Records is fueled by grief but sustained on exultant self-reliance. It is important to mention, too, that Gully Boys’ mantras and music are tightly linked through community outreach. The band made meals for residents facing housing insecurity in southern Minneapolis in 2020 and repeatedly uses their platform as a base for resource sharing against white supremacy.Favorite Son was produced by Zach Zurn at Carpet Booth Studios. Continuing the lineage of Gully Boys’ harmonious hybrid of garage, pop rock, and punk, the EP carries the weight of eighteen unforgettable months through pure kinetic energy. “The Way” and “I’m Not Yours” open the set with a jolting one-two punch from frantic percussion and even more anxious narratives with narrators ripping away the seams of uncomfortable relationships. This discomfort from a loss of control haunts the fragile “In Another Life,” a portrait of domestic life measured through several wasted decades, and “Russian Doll,” a sugar-coated alt-rock jammer about the bitter pill of screen time, retail therapy, and notification serotonin.But Gully Boys’ mission comes through clearest on the title track, a throbbing and white-hot rejection of gender, where power is granted to favorite sons but usurped by these Boys. It’s a classic case of wolves in sheep’s clothing set to a fiery soundtrack, but it’s also a defiant reclamation of space and sound in a crowded, unnerving scene. While Gully Boys may not be here to completely burn it down, they’re here to rebuild it on their own terms, still learning as they go. Starline Social Club PresentsThe Red PearsArcher Oh60Juno Friday April 1 2022 @ 8pm$13 adv // $15 dos18+ ————- The Red Pears’ founding members, Henry Vargas (vocals and guitar) and Jose Corona (drums), draw their sound from the spectrum between the early 2000s New York indie rock scene and grunge to the cumbia and corridos that soundtracked their childhoods in El Monte, a sleepy suburban town just east of Los Angeles. After cycling through an assortment of lineups, mutual friend and bassist Patrick Juarez stayed on and expanded their operation. Now a solid three-piece band, these emerging alt-rockers, have come a long way from meeting at a local Battle of the Bands, practicing in their garages, and naming themselves after their favorite color and a pun on the word “pair”— a subtle nod to sonic inspirations The White Stripes and The Black Keys. The Red Pears first got on the map with self-releases For Today, For Tomorrow, For What Is, For What Could’ve Been and We Bring Anything to the Table… Except Tables We Can’t Bring Tables to the Table, touring behind them and learning the ins-and-outs of being on the road. The Red Pears North Star continues to be their undying honesty and commitment to the craft. “It all boils down to effort and humility,” says Vargas. “We just want to do our best and make the music we want to make. Now we have more help and resources, but it’s about continuing to push and keeping that humility.” 2019’s Alicia, named after both of their mothers, is teeming with this maternal energy. The band’s most tender record yet also proves their most sonically and emotionally diverse, from the Albert Hammond Jr-esque guitar croon “Dreams” to the lush slowburn of opening track “One by One”. The heartfelt EP, named after Corona and Vargas’ mothers, showcases a polished alt-rock sound without sacrificing the band’s roiling, fuzzed-out garage spirit.