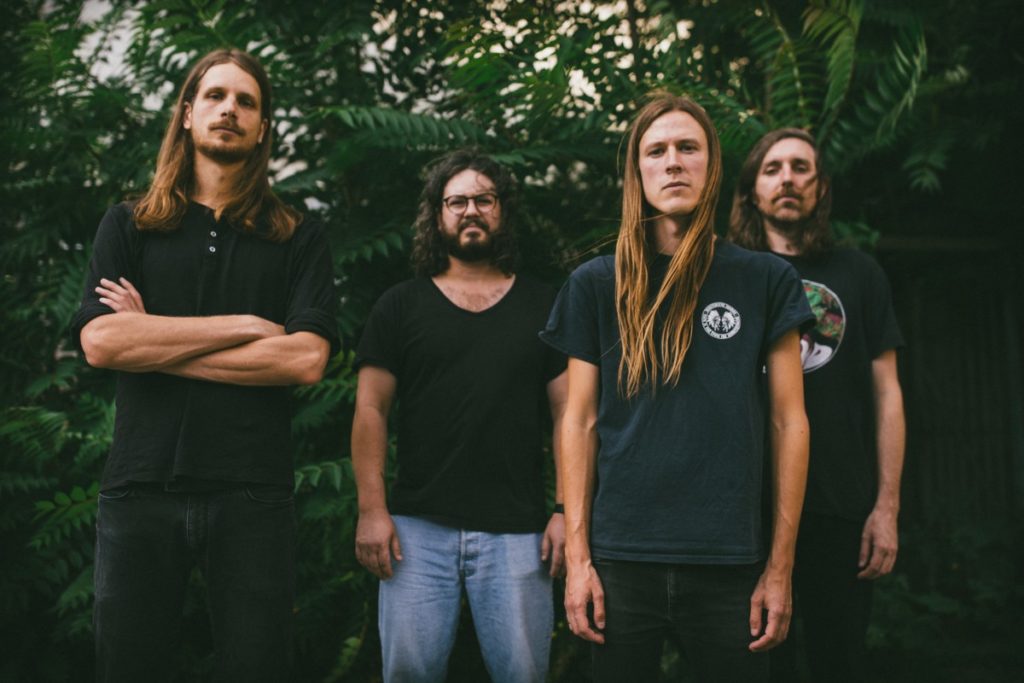 Ennis Booking Presents:ELDERBELZEBONGDREADNOUGHTFriday Aug 26 2022 – Doors 7 // Show 7:30$21 adv // $26 dos18+——Elder is a genre-pushing rock band that melds heavy psychedelic sounds with progressive elements and evocative soundscapes. Formed in a small coastal town in Massachusetts in the mid aughts, the band has reinvented their sound over the course of five albums to grow from a stalwart of the stoner/doom scene into one of the most unique voices in the rock underground. Their long-scale compositions unfold as journeys, running the gamut of styles from the 70’s to the present within a single song with a penchant for “sheer gatefold-era grandeur” (Rolling Stone). By continuing to incorporate new elements to their sound, Elder’s output has repeatedly set benchmarks for their peers. Beginning with 2008’s Elder and 2010’s Dead Roots Stirring, Elder made ripples in the stoner rock scene with their uniquely melodic approach to the genre. In 2015 they surprised again with Lore, a watershed moment in the band’s career (recently crowned “Album of the Decade” by The Obelisk) which brought in elements of post-, prog- and space rock into the Elder sound. Despite several years of heavy touring surrounding the album, Reflections of a Floating World was released just two years later, earning a spot at the top of many best-of lists including Rolling Stone (#5, 20 Best Metal Albums Of 2017), Stereogum and others.  In 2019, a tour pitstop in Berlin, Germany yielded the experimental EP The Gold & Silver Sessions. Recorded live based off ideas largely crafted while on the road, the release showcased Elder’s softer side; motorik beats, lush keyboards and sparse compositions replaced the usual colossal riffs and dense structure. Almost a decade and a half after the first sludgy riffs were recorded and the first demo pressed, the door for Elder stylistically remained wide open.  Elder’s new album Omens answers any speculation about new directions with affirmation: evolution or extinction. Lush, intricately interwoven melodies grow and dissolve into spaced-out jams; massive riffs thunder down into a churning sea of psychedelic sounds and unpredictable grooves carry away the listener. Elder paint pictures with their music, and Omens shows the band experimenting with an even more colorful palette – with good reason. After thirteen years, this is the first full-length recorded with a new lineup including guitarist Michael Risberg and new drummer Georg Edert, along with guest performances by Fabio Cuomo on Rhodes piano and synthesizers. Starline Social Club Presents:Bell Witch & Aerial Ruin: Stygian BoughVounaHazzards CureDvvellSaturday April 23 2022 – Doors @ 8pm$16 adv // $20 dos18+—— Genuine collaborations between two sets of artists are rare. For their new album, Stygian Bough Volume I, the members—Dylan Desmond (bass/vocals) and Jesse Shreibman (drums/vocals)—of doom duo Bell Witch didn’t just team up (again) with dark folk elegist Erik Moggridge (guitars/vocals) of Aerial Ruin, they fully integrated the two outfits. While Moggridge has been a part of Bell Witch’s sonic fingerprint on all their prior records, perhaps most notably for his vocals on their previous full-length, Mirror Reaper, he’s now part of the very fabric that makes up the five hauntingly beautiful, strikingly heavy songs that comprise Stygian Bough Volume I. “We started working on collaboration material together sometime in 2019,” says Bell Witch’s Dylan Desmond. “But there was writing going on as far back as 2018. The original approach was going to be doing a split record in which we each covered specific songs from each other’s catalog.” “It started in early 2018, I think,” Aerial Ruin’s Erik Moggridge adds. “By late autumn 2018, we were all three jamming and going through the ideas and writing lots of new ones. We then had to shift gears to rehearse for the Mirror Reaper (in its entirety) European tour in December 2018, but soon picked back up with writing in early 2019, which continued off and on right up until we entered the studio.” Bell Witch and Aerial Ruin are officially a trio on Stygian Bough Volume I. The addition of guitar to the bass and drum-only dynamic came naturally as the threesome discussed potential models for their joint effort. Ulver’s unorthodox folk album Kveldssanger came up as did Candlemass’ milemarker Nightfall. But the real fuel to Stygian Bough Volume I was the Bell Witch track, “Rows (of Endless Waves),” which was not only Moggridge’s first appearance with Bell Witch but also a track that has deeply resonated with Desmond over the years. With the approach in place, Bell Witch and Aerial Ruin collectively wrote five desolate yet mystical songs that defy categorization. From the mournful “The Bastard Wind” and the crepuscular “Heaven Torn Low I: (the passage)” to the monstrous “Heaven Torn Low II: (the toll)” and the liturgical gloom of “The Unbodied Air,” Stygian Bough Volume I is an album of deep, dark undertows and careful respite. 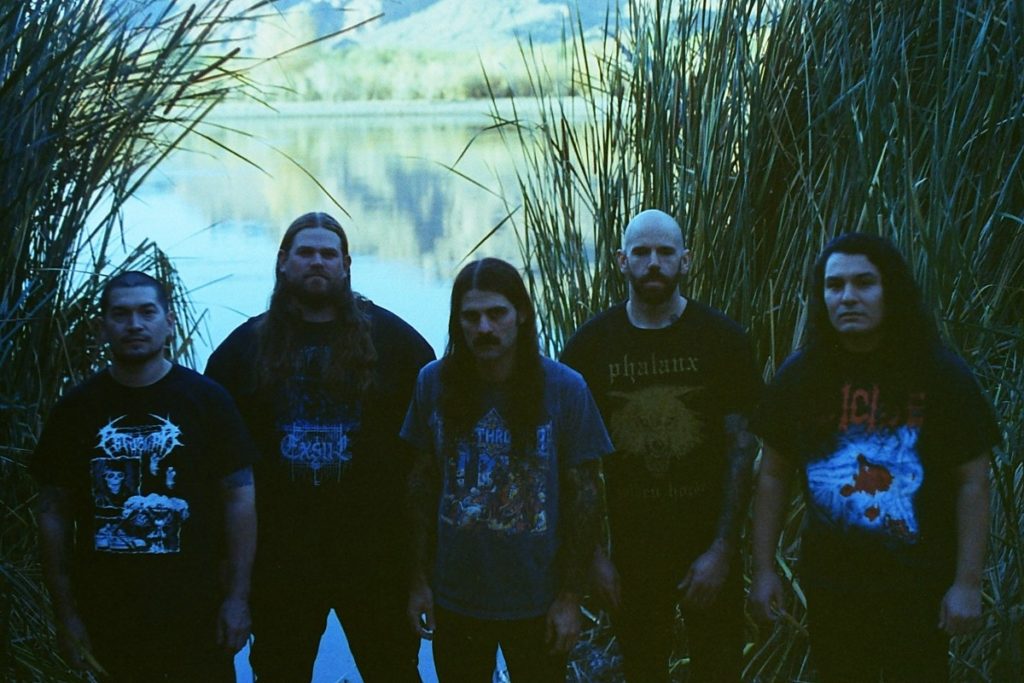 Starline Social Club PresentsGATECREEPERNARROW HEAD200 STAB WOUNDSFEARINGThurs May 13 2022 – Doors @ 6:30pm$20 adv // $25 dos18+—————Gatecreeper was formed in September of 2013 with members originating from both Tucson and Phoenix, Arizona. After a debut 4-song EP a series of splits, the band signed to Relapse Records which resulted in the release of their debut full-length Sonoran Depravation on October 7th 2016. The band has since toured with Nails, Pallbearer, Code Orange, Skeletonwitch and more. Gatecreeper play crusty, doom-soaked death metal at its most infectious and uncompromising, with a massive sound that calls to mind the classic Swedish buzz-saw attack of Dismember and Grave mixed with the impeccable groove of Obituary and Bolt Thrower. Starline Social Club and Powerhouse Productions Present:CHARGERBLACK COBRAIRON FRONTSaturday April 9 2022 – Doors @ 7pm$19 adv // $21 dosAll Ages——— Charger is the powerhouse trio that’s been making waves (and a lot of noise) since forming in the East Bay. Andrew McGee plays guitar, Matt Freeman (Rancid, Operation Ivy) sings and plays bass, and Jason Willer (UK Subs, Jello Biafra and the Guantanamo School of Medicine) drums and sings too. Those are names you might recognize if you’re the type of person who reads liner notes to genre-defining albums.Formed in 2018, Charger was a musical challenge between a few lifers in the punk scene who wanted to push each other to dig deep into their shared roots, influences, and musical passions, to create something truly exciting. As a result, Charger’s music feels indebted to the giants but not reliant on them. There is plenty of space for growth and innovation within this decades-old blueprint of how to make someone’s heart race and blood pump.Charger stormed out of the gate in 2019 with the release of their self-titled EP on Pirates Press Records, generating both critical and fan acclaim all the while touring with the likes of their labelmates The Old Firm Casuals and also supporting the follow-up single “Watch Your Back.” In 2020, that single was pressed on 12″ UV digitally printed vinyl-making it one of the first digitally printed records in history! To complement “Watch Your Back,” the band hit the studio and churned out another bombastic track, “Stay Down” and that was released as a 12” picture disc. During the pandemic, the band stayed active writing and recording their debut album, Warhorse, at the iconic Atomic Garden Studios with a 2022 release date in mind.Reinvigorated and reenergized after months and months of being locked in writing rooms and recording sessions, Charger are ready to take the stage once again and melt faces! Starline Social Club PresentsSteve von TillHelen MoneyTuesday August 9 2022 – Doors @ 8pm$20—————————– Steve Von Till has made a life’s work out of seeking the elemental. With a solo discography that stretches back more than two decades, he has toiled in a shadow realm, peeling back layers of reality in a never-ending search for true meaning and raw emotion. A Deep Voiceless Wilderness strips back the veil even further. An achingly beautiful ambient work with neo-classical leanings, the album is a hallucinatory and elegant rumination on our disconnect from the natural world, each other, and ultimately ourselves. For some listeners, the album may recall the work of modern composers like Jóhann Jóhannsson, Brian Eno or Gavin Bryars. For Von Till, it’s about surrendering to the spirit of place—and to the original intent behind his 2020 solo album, No Wilderness Deep Enough. That album marked a significant first for Von Till: It was his first solo record without a guitar in hand. Instead, Von Till intoned powerful and thought-provoking lyrics over piano, cello, mellotron and analog synthesizers. A Deep Voiceless Wilderness is that same album without Von Till’s words. “This is how I originally heard this piece of music,” he says. “Without the voice as an anchor or earthbound narrative, these pieces have a broader wingspan. They become something else entirely and unfold in a more expansive way. The depth of the synths, juxtaposed with the strings and French horn, have space to develop and allow the listener to imagine their own story.” Also a first for Von Till was Harvestman: 23 Untitled Poems and Collected Lyrics, his first book of poetry.  Published by the University of South Dakota’s Astrophil Press, the book established Von Till as a formidable and thoughtful author of verse—a fact that Neurosis fans knew all along, but the wider world was only just becoming aware of.  “There is a depth of hope, acceptance and loss that permeates these poems,” Joseph Haeger said in his review for The Inlander. “Like any great piece of art, Harvestman contains multitudes, and that’s exactly what I was hoping for when I cracked it open. Von Till has already established himself as a great musician, and he’s about to put his stake into the ground proving himself to be a damn good writer.” 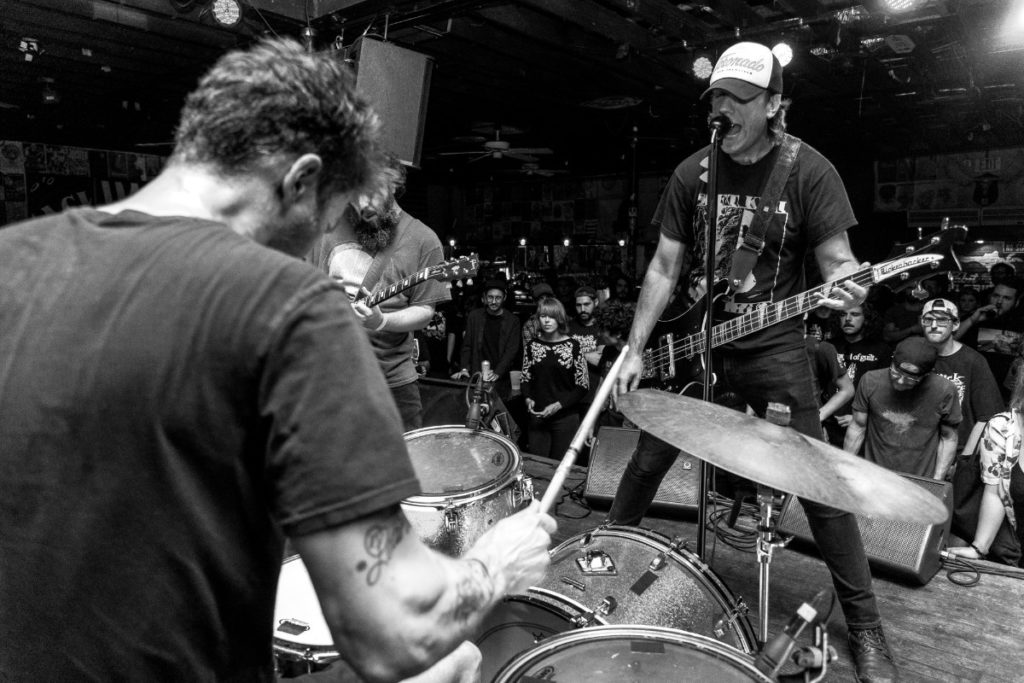 Starline Social Club and The Hard Times Shows Present:JEROMES DREAMFLORALSTATE FAULTSHAWAKThursday May 26 2022 – Doors 7pm$20 adv // $25 dos18+——– Jeromes Dream formed during the burgeoning post-hardcore and emo era of the mid-90s, when a surge of new genres and subgenres spread like wildfire and would become the foundation of an entirely new music scene. Created in the basements of Connecticut in 1997, Jeromes Dream began as a result of personal uncertainty, instability, loss, and rage. Jeff Smith (bass, vocals) Nick Antonopoulos (guitar), and Erik Ratensperger (drums) created an aural violence in their dynamic and unpredictable songs. At that time, bands like Orchid, Reversal of Man, and pageninetynine were making similarly polemic music. But Jeromes Dream carved its own path and helped to define the subgenre that would come to be known as emo-violence. In 2001, Jeromes Dream recorded and released their final record “Presents” before disbanding that same year. “Presents” was a deliberate departure from anything the band did previously, which included a more refined and technical sound and new vocal stylings from singer Jeff Smith. On “Presents” Jeromes Dream felt that they were creatively in uncharted territory, and embraced it throughout the writing process. It was a liberating time for the band, and they did not adhere to rules or preconceived notions as to how the album “should” sound. “Presents” was simultaneously cynical and personal, and yet still drew from the depths of their collective creative expression. Jeromes Dream development of “Presents” culminated in early 2001 when they worked with Converge guitarist Kurt Ballou at God City Studios, bringing the record to life before being released. “Presents” remains an important installation of Jeromes Dream, and a work that they remain proud of. In 2018, Jeromes Dream announced that they would reunite and begin writing a new record together as a band. The response was overwhelming, with fans from all over the world hailing the reunion. In March 2019 the band entered the studio and created a 12-song untitled LP, which they released on their own label, Microspy. Shortly after the LP release, Jeromes Dream became a fully active band again and spent the better part of the following year on tour with the likes of Loma Prieta, Gouge Away, Soul Glo, Touché Amoré, and Daughters. Before everything halted with the pandemic. Fast forward to 2022 and JD is finishing up a new record, and will be announcing more shows as the year progresses.