Holy FuckLinqua Franqa Canadian electro-rock outfit Holy Fuck play dance music without modern electronic equipment, instead preferring to use standard rock instrumentation as well as unconventional devices and machines. The group have received much acclaim for their ecstatic performances as well as their recordings, which hone their junk-shop aesthetic into accessible dance-rock songs. After debuting with the sprawling, Krautrock-inspired jams of their self-titled 2005 full-length, the group’s sound became more accessible (and sometimes vocal-based) with subsequent releases such as 2016’s Congrats. 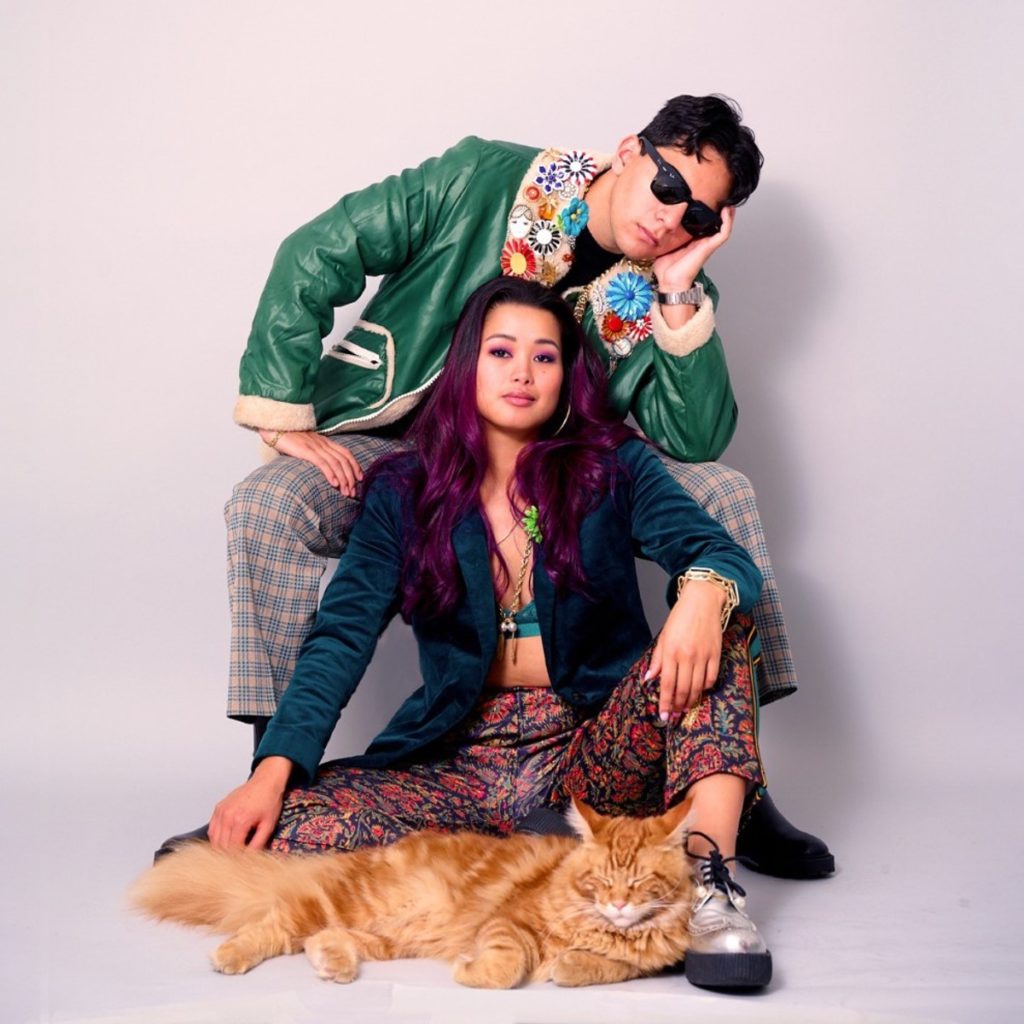 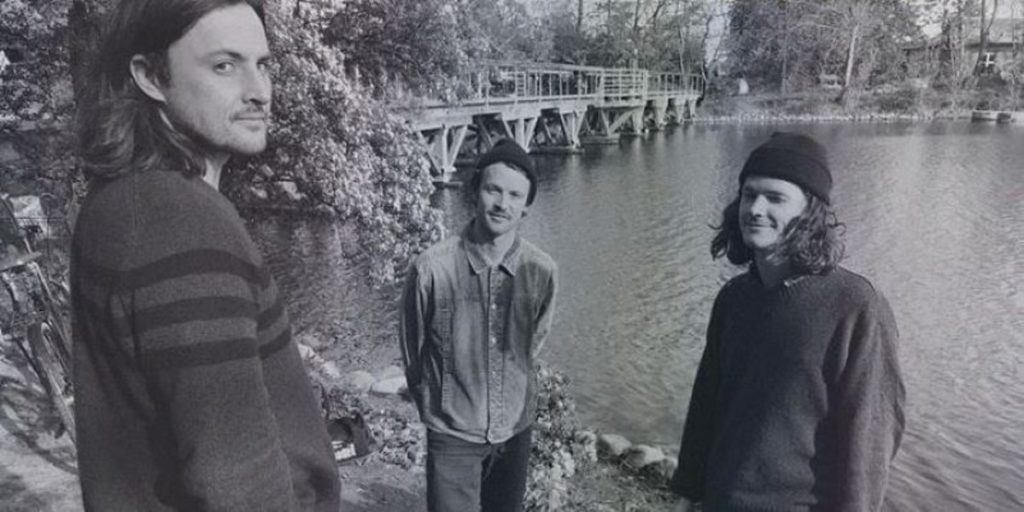 **RESCHEDULED FROM 2/4/22** Loving: Loving is the musical collaboration of David Parry, Lucas Henderson and Jesse Henderson. The band formed by way of a long-distance recording project (Victoria – Toronto) that resulted in the creation of their debut self-titled EP. After the unexpected embrace of this work, the band reconvened in Victoria, BC to begin playing live shows and work on new material.

An Evening with Robyn Hitchcock An evening with Robyn Hitchcock Sunday May 22 2022 @ 7pm $30 adv // $34 dos 18+ — Robyn Hitchcock is one of England’s most enduring contemporary singer/songwriters and live performers. A surrealist poet, talented guitarist, cult artist and musician’s musician, Hitchcock is among alternative rock’s father figures and is the closest thing the genre has to a Bob Dylan (not coincidentally his biggest musical inspiration). Since founding the art-rock band The Soft Boys in 1976, Robyn has recorded more than 20 albums as well as starred in ‘Storefront Hitchcock’ an in concert film recorded in New York and directed by Jonathan Demme. Blending folk and psychedelia with a wry British nihilism, Robyn describes his songs as ‘paintings you can listen to’. His most recent album is self-titled and marks his 21st release as a solo artist. Out on April 21 2017, the album is produced by Brendan Benson (The Raconteurs). Hitchcock describes it as a “ecstatic work of negativity with nary a dreary groove.” It has received rave reviews from UNCUT, Rolling Stone, Paste, Tidal and more. “A gifted melodist, Hitchcock nests engaging lyrics in some of the most bracing, rainbow-hued pop this side of Revolver. He wrests inspiration not from ordinary life but from extraordinary imaginings…” – Rolling Stone “These 10 gems slither, rock, roll, glide and shapeshift, coalescing around Hitchcock’s typically anxious, strained but striking and immediately identifiable vocals.” – American Songwriter “Beloved of everyone from Led Zeppelin to REM, Hitchcock has only enhanced his status with this wonderful outing.” – Hot Press “Witty, moving and seriously catchy, Robyn Hitchcock is a glorious return for a man who wasn’t really gone in the first place.” – Paste Magazine Starline Social Club PresentsJuan WautersHeaven’s ClubStephen Steinbrink Live in the BallroomTues May 10 2022 – Doors @ 7pm$15adv // $20dos 18+ Juan Wauters There’s an almost mythological quality to the world of Juan Pablo Wauters. The Uruguayan-born, Jackson Heights, NY-dwelling musician is best known not for a specific musical style, but instead for the crystalline sincerity that underpins everything he does: from the heartfelt earnestness of his lyricism to the playful rituals of his live shows (singalongs, covers, races). To be a fan of his music is to be invited into the ever-expanding cast of characters that animate his work – Wauters has a knack for fostering community wherever he goes. A founding member of Queens garage act The Beets, Wauters began releasing music under his own name in 2014 with N.A.P. North American Poetry. Released on Captured Tracks, his solo debut had the same candid charm and DIY sound as his work with the Beets, but with a folk-inspired, introspective glaze that would become his signature. 2015’s Who, Me? honed in on those qualities, full of clever ruminations on the pace of day-to-day life sung in both English and his native Spanish. After the release of Who, Me? Wauters spent several years touring and travelling the world, including a long stint in Latin America — from Argentina, Uruguay, Peru, and Chile to Mexico and Puerto Rico — where he began working on his next project. Inviting local musicians to contribute to the songs he was working on, Wauters emerged with a collection steeped in the musical traditions of each country he’d visited. As a result, 2018’s La Onda De Juan Pablo and its follow-up, Introducing Juan Pablo, became his most expansive and sonically diverse records to date, tracing both his Uruguayan roots and his travellers’ spirit. Elements he’d flirted with in the past – singing in Spanish, traditional instruments like bongo drums and marimba, the collaborative spirit of his live shows – came to the forefront on these releases. Wauters’ chameleonic songwriting has continued to evolve in recent years: on his latest effort, Real Life Situations, he’s delved deeper into collaboration, teaming up with Mac DeMarco, Peter Sagar (AKA Homeshake), Nick Hakim, Cola Boyy, El David Aguilar, and more for experiments in hip-hop, lo-fi R&B, and deft indie folk. With some of his recording plans hampered by the COVID-19 pandemic, he mined older songs, phone notes, new material, and snippets from TV and YouTube to craft an aural document of the year through his eyes. Under his care, these small moments become coordinates for the peaks and valleys of human experience, coloring the album with Wauters’ unique shade of realism. Perhaps this realism is what makes Wauters such an inimitable artist. His music has always sprung from the interplay between genre-hopping eclecticism and earnest, plain-spoken observation. Themes of loneliness, personal growth, patience, and companionship arise again and again in his work, just as they do in life. Each time though, he manages to breathe new life into them – to listen to his music is to navigate a rapidly-changing world with him in real time. His unique ability to produce that feeling – via his music, his live show, even his social media presence – ensures that no matter where his travels take him, he’ll be welcomed with open arms.